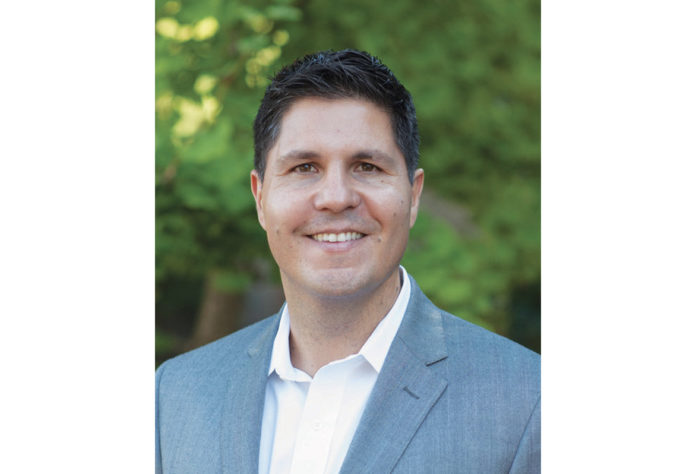 PORT ANGELES, WA – First Northwest Bancorp, the holding company for First Federal Savings and Loan Association of Port Angeles, recently announced that David Blake will be retiring from the Board of Directors effective September 28, 2021. At the same time, the Board announced the appointment of Gabriel S. Galanda to the Boards of Directors for the Company and First Federal Savings.

“On behalf of the Board of Directors, we thank Dave for his many years of valuable service, and we wish him the very best as he enters retirement,” said Stephen E. Oliver, Chairperson of the Boards. “At the same time, we are delighted to welcome Gabe to our Boards. The combination of his legal expertise, his commitment to the betterment of the communities we serve, and his knowledge of the needs of the traditionally underserved within those communities will be of great value to the future deliberations of our Board.”

“I am honored to join the First Fed family and to represent Indigenous peoples in the banking world,” said Galanda. “If through my Board service I am able to help improve life on the North Olympic Peninsula and the other communities the bank serves, I will have succeeded.”

Galanda, who was born and raised in Port Angeles, is the managing lawyer at Galanda Broadman. He has been named to Best Lawyers in America in the field of Native American Law from 2007 to 2021 and dubbed a Super Lawyer by his peers from 2013 to 2021. Galanda is a frequent media commentator as well, having been interviewed and quoted on Indigenous rights issues by mainstream and international news outlets such as The New York Times, Wall Street Journal, The Guardian, and Le Monde.

“The Jamestown S’Klallam Tribe is delighted with this appointment of Gabe Galanda to the First Fed Boards,” said W. Ron Allen, Jamestown S’Klallam Tribal Chairman and CEO. “We have known Gabe for many years and know he will complement the Boards with extensive knowledge and experience with Native Nations and our financial interests. Gabe represents the coming generations of Indigenous leaders who will help corporate organizations and boards succeed in positively impacting life in local communities.”

Galanda is a citizen of the Round Valley Indian Tribes. The American Bar Association named him a Difference Maker in 2012. The Washington State Bar Association honored him with the Excellence in Diversity Award for his “significant contribution to diversity in the legal profession” in 2014. For his staunch disenrollment advocacy, the University Arizona College of Law awarded him the Professional Achievement Award in 2017, and Western Washington University named him a Distinguished Alumnus in 2018.