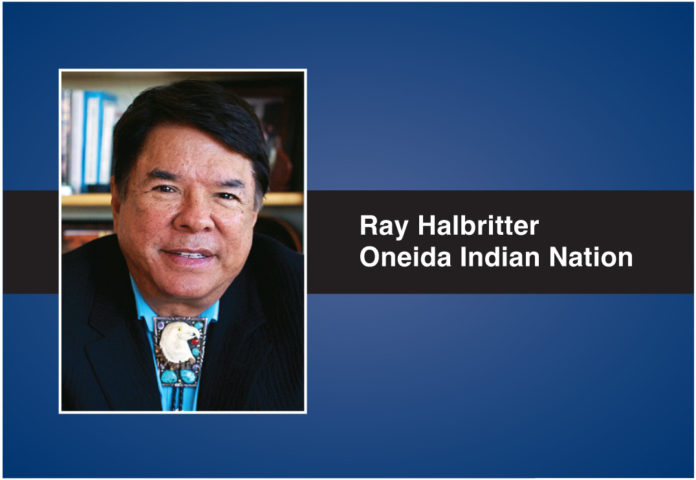 For everyone following the Native American gaming industry, it has been impossible to ignore the fast and furious rise of mobile sports betting in recent years. Ads for new mobile sports betting apps are seemingly featured during every televised sporting event, on every sports-related video online, and across all social media platforms. In addition, states across the country are increasingly viewing mobile sports betting as a way to generate public revenues, with more than two dozen states having now legalized it. And yet, amidst all of this excitement, Indian Nations may sadly be left behind without changes to outdated federal policy.

The reason for this is simple. The Indian Gaming Regulatory Act – which was enacted by Congress to organize and protect gaming opportunities for tribal nations – was enacted in 1988, before IGRA’s drafters (or anyone else) could possibly have envisioned the dramatic shift to our digital world. Today, as mobile platforms take off at a rapid pace, interpretations of the 30-year-old IGRA are restricting Native Americans from participating in this new form of gaming, let alone helping them to foster opportunities as promised through the law.

Fortunately, the Oneida Indian Nation and other tribes in the State of New York were able to use our cooperative relationship with the state to negotiate marketing and revenue sharing agreements with commercial casinos. We entered partnerships that allow us to tap into this new market. But we recognize that our circumstances are unique, with far too many tribes not having that same option available to them.

This regrettably was exemplified in November, after an innovative compact negotiated between the Seminole Tribe of Florida and the State of Florida to conduct online sports betting was struck down by a federal judge who ruled the deal violated IGRA. The compact allowed for the Seminole Tribe to conduct sports betting through a mobile app hosted on their own servers located on Indian lands. Yet, despite the deal working to the satisfaction of the state, the tribe and the Department of Interior, the judge ruled that the “IGRA authorizes sports betting only on Indian lands” – an interpretation of language drafted in the 1980s and, therefore, does not explicitly include mobile platforms.

And while the Seminole case made recent headlines, it is a harbinger of an issue that gaming experts and Native tribes alike have been raising for years. IGRA is not equipped to handle the growing pains of modern gaming and the adoption of modern technology, such as mobile platforms.

These issues could easily be resolved with a technical fix to IGRA. No substantive changes to the law need to occur. Mobile sports wagering can be conducted according to IGRA’s state-tribal compacting framework. A definitional addition to the text, a single phrase deeming mobile wagers to occur at the servers on Indian lands, would allow Native American casinos access to online gaming and allow them to pursue economic growth.

This fix is embodied in pending bipartisan legislation, H.R. 4308, sponsored by Congressmen Lou Correa (D-CA) and John Katko (R-NY) and with numerous co-sponsors of both parties. The bill can – and should – be easily implemented. Congress should not ignore why IGRA was crafted in the first place. Thankfully, the bill sponsors have noticed the clear breakdown in law and have begun to take action. We urge other Members to join them in advancing this bill.

Tribal gaming has served as one of the primary vehicles for advancing Native Americans and their homelands across the United States. It is an industry which has allowed tribal nations to pursue economic progress, foster impactful state and regional partnerships, create jobs and fund vital social services for Native peoples. Since IGRA’s enactment, Indian gaming has grown to generate $33 billion per year and provide more than 700,000 jobs for Americans across the country, often in rural areas where jobs are scarce. By neglecting to fix IGRA, and without keeping Native interests first in gaming, these critical economic developments will always be threatened and the purposes of IGRA will not be fulfilled.

Ray Halbritter is the Representative of the Oneida Indian Nation and Chief Executive Officer of Oneida Nation Enterprises.