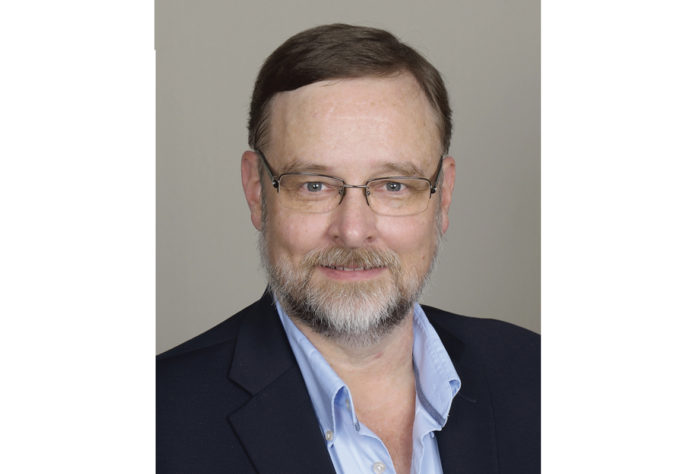 The Consumer Price Index reached 40-year highs for percentage increases for the start of 2022 after hitting a 30-year high in 2021. The Producer Price Index, the measure that more closely indicates cost pressures on businesses like Indian casinos, increased even more rapidly in 2021 as shown in Figure 1. Of the various components of the Producer Price Index, final demand construction costs increased the most of all as shown in Figure 2. All of these indicators have caused understandable concern amongst governmental leaders, central bankers, business operators and the general public. After an extended period of extraordinarily stable pricing, the fear is of a return to the disruptive price instability of the late 1970s and early 1980s.

For tribally-owned casinos and their operators, it is important to have an accurate understanding of what inflation is and is not and of what the risks of the current price increases really are.

The most rudimentary means of exchanging goods and services in the most basic economies is the barter system – two chickens for a wheelbarrow. Extremely inefficient and subject to widely varying interpretations of relative value, bartering is not an ideal basis for an economy of any size. The natural next step is to identify certain objects of agreed upon value and limited (but not completely circumscribed) availability. The most classic example is gold, although other metals, shells, salt and other substances have been used. This is the simplest form of a medium of exchange. The obvious advantage is that if you do not have two chickens, you can still get your wheelbarrow if you have enough of the agreed upon medium of exchange. An added advantage is stabilization and predictability in the relative value of different items.

The next step up from objects of value is coinage. With coins, often made from the same base materials as valuable objects used before coinage, there is more consistency in the amount and quality of the valuable item being used and there is an outside guarantor, a government or a bank typically, to that quality and amount. Trust is increased and exchange can occur throughout the region where the coins are recognized, sometimes even beyond.

Because coins are heavy and more difficult to mint and distribute, paper money evolved, still backed by standardized value in relation to some accumulation of a valuable item held in storage by the government or bank. There was a time when a “pound sterling’” the British paper currency, literally could be traded for one pound of sterling silver. In the U.S. and many places, gold served as the backing for the paper currency.

In more recent years, paper currency was removed from any objective standard of accumulated items of value such as gold or silver. Currency is now backed by the “full faith and credit” of the issuing country and is exchanged between countries based upon people’s perceptions of the relative health of those countries’ economies. While any medium of exchange requires a certain level of trust and mutual agreement amongst all parties to respect its declared value, free-floating currency systems are entirely dependent upon the mutual acceptance of value, subject to modest fluctuation for typical economic shifts. When the economic shifts are more severe or when confidence in the value of the medium of exchange falters, inflation or deflation at higher levels can destabilize the economy, reduce the free flow of goods and services and make assessment of relative value difficult to impossible.

In reality, the world does not even rely on paper currency anymore due to the sheer volume of transactions occurring on a multi-national basis. There are not enough paper dollars, pounds and euros printed for every person and business to take their total account balances in actual paper. Currency is, although not officially, becoming electronic, another evolutionary phase and one that makes crypto-currency possible, even logical, if still tenuous and risky for many reasons.

In the face of inflation, the loss of confidence in the medium of exchange, the fear that a dollar tomorrow will not buy what it can today, there are typical ranges of responses to restore confidence and halt rampant price growth. Those responses are theoretically tied to remedying the most common causes of inflation. For governments, fiscal policy can spur inflation if the government is spending to much (or cutting taxes to much) and borrowing to do so. Hence, the fiscal response from government is usually to cut spending and/or raise taxes. Governments can also attempt to fight inflation with outright restrictions on price increases or other regulatory steps. For central banks, monetary policies on interest rates for inter-bank loans and transfers, reserve requirements, and actual “printing” of money can increase the supply of currency, the medium of exchange in the economy, and spur inflation. Hence, monetary policy used by central banks to control inflation typically involves raising interest rates, selling bonds and adjusting reserve requirements.

Businesses and consumers react to inflation by anticipating price increases even before they are practically required or imposed, hoarding items of need or value, finding other mediums of exchange (even back to bartering) to replace the discredited medium, initially accelerating purchases to take advantage of the current price before it rises and then eventually reducing production and purchases as sales and income can no longer keep up with costs.

For the gaming industry, inflation generally has fairly limited impact on operations, although it can have more serious impacts on financing and development. Casinos actually do reasonably well at increasing their revenue at or near the rate of inflation and thereby weathering cost increases without severe impacts on profits. For adjustable-rate financing and construction costs, inflation can have more deleterious effects on casino resorts. Projects can be adjusted to reflect inflationary impacts, but the challenges are more significant than for day-to-day operations.

Recessions, on the other hand, are far more serious matters for casinos, often having real and significant impacts on revenue and bottom-line performance. Recessions put heavy pressure on revenue and cash flow. They make fixed cost and debt coverage more difficult and can trigger unintentional defaults. They reduce access to capital, can reduce transfers to tribal governments and members and put pressure on the prices charged.

The challenge in the current economic environment, with a high degree of attention on inflation bordering on hysteria, is that fiscal and especially monetary responses will become excessive, beyond the needed levels and beyond their ability to effect real change, and ultimately send the economy into a deep recession. There is no question that some fiscal and monetary response is required to the current situation. Stimulus spending to thwart pandemic-driven economic shocks has sent extraordinary amounts of money into the economy. At the same time, continued low interest rates and bond purchases by the Federal Reserve also increased the money supply substantially. Both of these factors are contributing to current inflation and both require adjustment.

However, another major factor affecting the current inflation levels is the severe contraction in the supply of labor and materials due to the lingering effects of the COVID-19 pandemic and the breakdown in the supply chains to move those goods and services from the producers to the markets. Prices are being driven upwards to a significant degree by the simple unavailability of production to final demand consumers. Changes in fiscal policy and monetary policy have little power to affect the problem because they are not directly related to it. Indeed, price increases because of supply chain and labor market availability problems is not really inflationary at all. It is a natural economic response to the problem at hand, and while it may be uncomfortable, it is to be expected. It is, in fact the market at work. To attempt to solve it by constricting the money supply will only increase the risk of a much more damaging recession and still leave the supply chain and labor market issues in place. Instead, steps to encourage labor market participation and speed up the recovery of manufacturing, agriculture, transportation and other sectors is needed, even if those steps might otherwise be understood to be inflationary under normal circumstances. The circumstances are far from normal and the remedial actions need to be as different.

Whether governments, central banks and industry leaders will recognize the different causes and remedial actions required in time remains unclear. There is real risk that overreaction to inflation in the form of more draconian changes in fiscal and monetary policy will result in a recession and possibly even the dreaded late 1970s “stagflation” with both recession and inflation on a concurrent basis. The hope remains that this darker scenario will be avoided and there is ample time to take appropriate steps to do so.

Given the challenges presented by inflation and the risk of future recession, what can casino owners and operators do? During the current inflationary period, the proper operational steps include spending aggressively and rapidly on needed items and capital expenditures because goods are worth more than cash for the time being. Menu pricing and gaming floor optimization must be more continuous and aggressive. Supply chain diversification and inventory valuation methods should be revisited. Players club benefits and employee benefits should also be carefully managed. New projects should be accelerated as much as possible before construction and financing become more expensive.

With the real threat of a recession due to overreaction to inflation on the horizon for 2023 or 2024, preparations must also be made for a quick pivot if a recession occurs. Mitigation steps for recessions are in many ways the opposite of those for inflation, hence the need for the quick pivot. In a recession, it is important to hoard cash to allow for maximum flexibility and because cash may actually become worth more than goods if prices fall. Inventories need to be tightened, while the best suppliers are protected as much as possible. Capital expenditures should be evaluated carefully for need and must focus on the most visible bang for the buck. Marketing must broaden and giveaways shifted to fewer but more luxury-oriented and expensive items.

The bad news is that inflationary pressures are likely to remain through 2024 and the possibility exists for a recession as early as 2023. The good news is that the industry already has experience in dealing with recessions and has shown its resiliency in the past. Tribal economies are more diversified than ever before. It is still possible for inflation to be tamed without a major recession with judicious fiscal and monetary responses. If it is, the current generation of up-and-coming industry leaders will have gained valuable experience in dealing with inflation, much like they have already experienced dealing with recession.

James M. Klas is Co-Founder and Principal of KlasRobinson Q.E.D., a national consulting firm specializing in the economic impact and feasibility of casinos, hotels and other related ancillary developments in Indian Country. He can be reached by calling (800) 475-8140 or email [email protected].