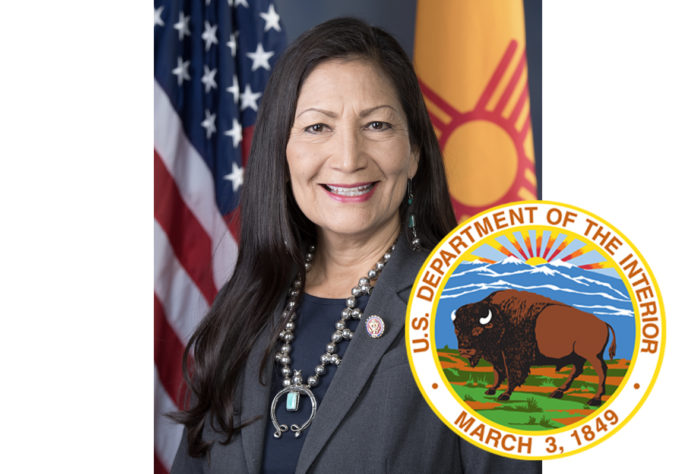 Congresswoman Deb Haaland has been nominated to serve as Secretary of the Interior. Haaland is a barrier-breaking public servant who has spent her career fighting for families, including in Tribal Nations, rural communities, and communities of color. Currently serving as Vice Chair of the House Committee on Natural Resources, Haaland will be ready on day one to protect our environment and fight for a clean energy future. If confirmed, she will make history as the first-ever Native American Cabinet secretary.

Congresswoman Deb Haaland currently serves as the Representative for the First District of New Mexico in the House of Representatives — one of the first two Native American women elected to the United States Congress. As a single mom and someone who has lived paycheck to paycheck Haaland knows the struggles many families face. A longtime organizer, Haaland has spent her career advocating for the needs of her community. In Congress, she holds leadership positions including the 116th Congress Freshman Class Representative to the House Democratic Steering and Policy Committee, House Democratic Region VI Whip, and Deputy Whip for the Congressional Progressive Caucus. She is also the Vice Chair of the House Committee on Natural Resources and Vice Chair of the Democratic Women’s Caucus.

Prior to her election to the U.S. House, Haaland was an entrepreneur and advocated for environmentally sustainable business practices. Additionally, Haaland served as Chairwoman of the New Mexico Democratic Party — the first Native American elected to lead a state party. Haaland, whose mother served in the Navy and whose father was a Marine, also serves as an Honorary Commander of Kirtland Air Force Base. She earned a B.A. from the University of New Mexico and a J.D. from the University of New Mexico School of Law.