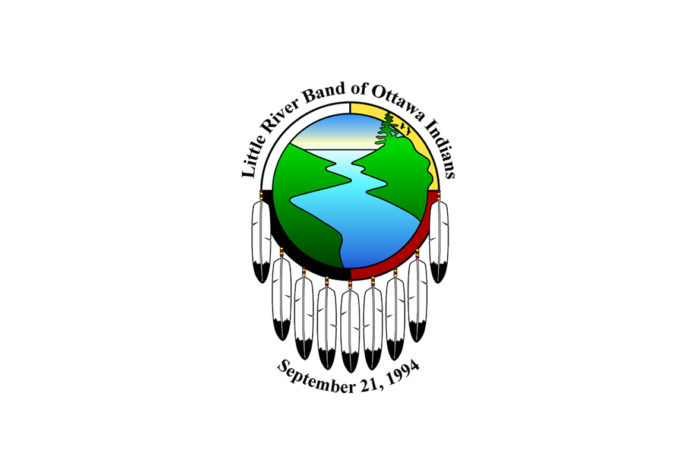 MANISTEE, MI – Community Leaders recently joined tribal leaders and members of The Little River Band of Ottawa Indians (LRBOI) in their petition of Governor Whitmer to concur in the federal decision to build a casino in the Township of Fruitport. This is the final step in the effort to build the tribe’s Muskegon Casino Project. The community rally took place at the Muskegon Museum of Art.

The Governor has until December 16th to either agree to support the casino project or ask the federal government for a one-time six-month extension. If she does not act or refuses to support – the project ends.

“With the Governor’s sign-off, we can create 3,000 jobs and the initial work can begin in months,” said Larry Romanelli, Tribal Ogema of the Little River Band of Ottawa Indians. “We are fortunate to have resounding support from community leaders, businesses, unions, and individuals throughout the county. They know this region needs the jobs, the revenues, and the benefits a Muskegon casino would bring.”

The $180 million proposed casino is on the 86-acre site of the former Great Lake’s Downs Race Track that was purchased by the tribe in 2007. The site and the tribe went through an extensive environmental impact analysis that took almost ten years before being approved by the Federal Department of Interior last December. The beginning of construction awaits the Governor’s signature.

“This project will be built by some of the finest craftsmen and women in this state who can’t wait for this project to get started,” said Ryan Bennett, President, West Michigan Building Trades. “But Muskegon also needs a large employer to raise the standard for all workers in the county. This Little River project will do just that. These are good-paying jobs, with benefits and opportunities for advancement. We need Governor Whitmer to join us and help make that possible by approving this project.”

The proposed casino site is expected to attract more than 1.8 million visitors per year and provide the hotel rooms needed to bring larger conventions to the Muskegon area.

“The LRBOI Muskegon Casino will provide jobs for local residents and entertainment options for visitors to Muskegon County,” said Bob Lukens, Director of Visit Muskegon, the county’s convention and visitor’s bureau. “When people travel, they aren’t sitting in hotel rooms, they’re looking for things to do. This casino will increase Muskegon’s appeal as a leisure and group destination.”

In addition to the jobs and economic development expansion, the casino will generate more than $15 million in revenue to the state, millions more to local governments, and an estimated $1.5 million a year to local charities through the establishment of the tribe’s 7th Generation Fund.

“This project will truly be transformational for the Township of Fruitport, Muskegon County and the region,” said Jeff Jacobs, former Fruitport Township Trustee. “Bringing over 1.8 million visitors per year to the area will bring more customers to our local businesses and future economic development to the community.”

The Muskegon County Casino Project is slated to bring approximately 3,000 jobs to the region that include 1,500 high paying full-time jobs and 1,500 construction and ancillary jobs. The Little River Band of Ottawa Indians is building this casino with internal financial resources and no taxpayer dollars but is expected to generate economic development of $15 million in revenue for the State of Michigan and millions more for local governments.

The tribe has extensive historical ties to traditional land in the Muskegon region with Muskegon County being home to the Little River Band’s largest population base.

The Little River Band’s proposed gaming and economic development would include: