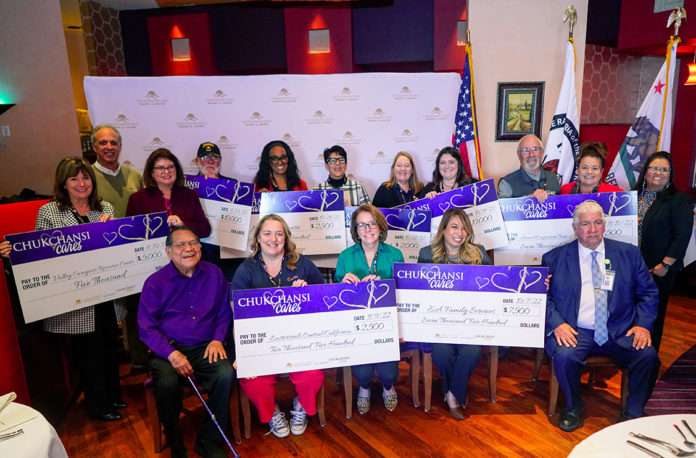 Each of the below non-profits had the opportunity to participate in Chukchansi Gold’s “Dream It, Win It” fall promotion to earn monetary donations for their organizations. Donations were as follows:

Additionally, a record-breaking 288 team members, family and friends joined together to donate the gift of life at a blood drive at Chukchansi Gold Resort & Casino, enabling the Central California Blood Center to save 417 local lives as a direct result of the Chukchansi blood donations.

Chukchansi Gold’s Chukchansi Cares program donates thousands of dollars to local non-profit organizations every year, in total having given over $20 million in charitable dollars toward community benefit programs and initiatives.