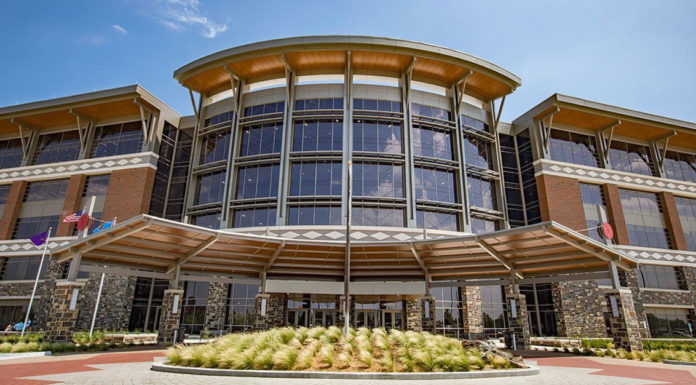 Billy is a Choctaw tribal member whose family history is interwoven with the game of stickball. Billy’s father, grandfather and great-great uncle all made kapucha, or stickball sticks by hand, and he began making the sticks himself around age 12.

“For me, it’s a way of sharing love for the game but also that sense that this is part of my contribution to my history, to my heritage, to my people,” said Billy.

In his role as Program Coordinator for the Choctaw Cultural Center, Billy brings the history and traditions of the Choctaw people to life for fellow tribal members and guests who visit from all over the country. Billy also teaches others how to make the sticks as a way of giving back to the Choctaw community and helping preserve the culture.

Choctaw stickball, or “ishtaboli,” is historically known for its aggressive, full-contact play. Often serving as an alternative to war, the game was used as a method of mediating conflicts and tensions between tribal members as well as other towns or districts.

Today, stickball stands as an enduring part of Choctaw culture, not only as a sport, but also as a way of teaching traditional social structures and family values.

“Together, We’re More” features 18 tribal members from different careers, locations and walks of life, making a difference in Oklahoma and beyond. Each month, the Choctaw Nation will release short stories of tribal members and how they exemplify being ‘Choctaw Proud.’