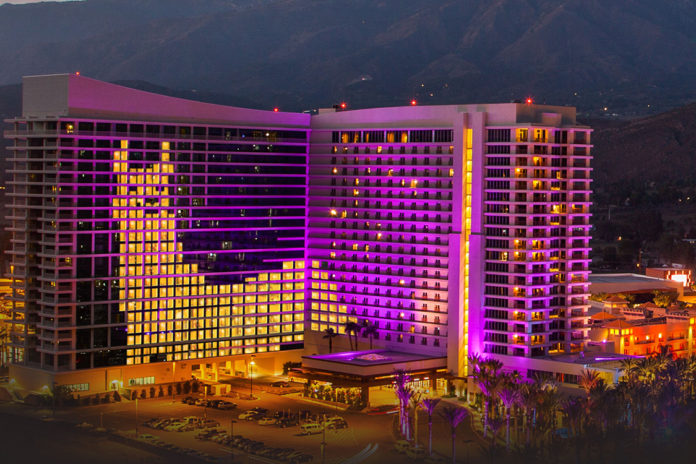 The opening of this Gordon Ramsay Hell’s Kitchen will mark the first for Southern California, the third in the country, and the largest outpost to date with 332 seats for guests. In line with the Hell’s Kitchen concept, the restaurant design and menu elements will be inspired and executed by the long-running FOX culinary competition series of the same name. The restaurant space will feature three areas for guests to experience Hell’s Kitchen, including an elevated bar, full-service restaurant and elegant lounge.

“Hell’s Kitchen at Harrah’s Resort SoCal represents one of our most exciting projects to date,” said Chairman Bo Mazzetti of the Rincon Tribe. “It’s an exciting moment to be able to bring such a well-known, high-energy concept to the resort and it’s perfectly in line with our continued commitment to keeping our guests excited, energized and full of options, while visiting us here at our resort. We welcome Gordon Ramsay to the Harrah’s SoCal/Rincon family.”

“We are extremely excited to welcome Chef Gordon Ramsay’s contagious energy and talent along with a new Hell’s Kitchen restaurant to Harrah’s Resort Southern California,” said Robert Livingston, Senior Vice President and General Manager. “Chef Ramsay’s reputation for delivering world-class cuisine, alongside his notoriously fearless personality, creates a thrilling dining experience that perfectly complements what a Funner experience is all about.”