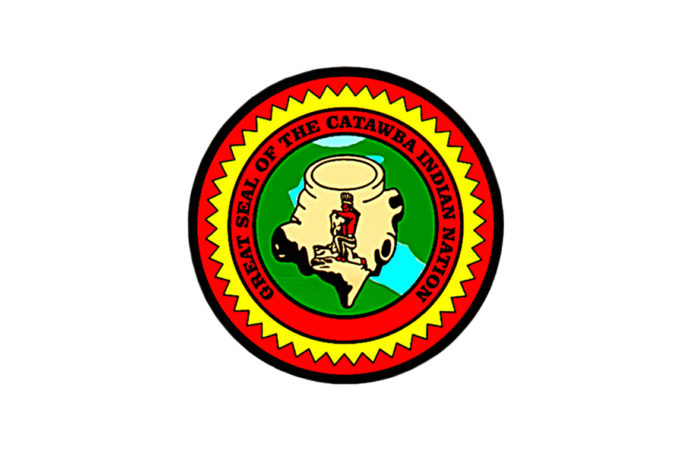 KINGS MOUNTAIN, NC – The Catawba Nation applauded the ruling of the U.S. District Court of the District of Columbia that the U.S. Department of the Interior acted properly in taking 17 acres of land into trust status in Cleveland County, NC, for the Catawba Nation.

The decision by U.S. District Court Judge James E. Boasberg was issued April 16 in the lawsuit filed by the Eastern Band of Cherokee Indians a year ago.

Judge Boasberg concluded that: “Interior did not violate the Settlement Act or IGRA [Indian Gaming Regulatory Act] by taking the Kings Mountain parcel into trust for the Catawba; the agency properly applied its IGRA regulations… .” He further held that, “Plaintiffs [EBCI] lack standing to press their NHPA [National Historical Preservation Act] claims and those NEPA [National Environmental Policy Act] claims that overlap; and their remaining NEPA claims fail.”

In the ruling, Judge Boasberg also confirmed that the Catawba are eligible to open a gaming facility at the Kings Mountain site in accordance with IGRA and that Interior had the authority to take the site into trust status and add it to the Catawba reservation under the Indian Reorganization Act.

“This is the right decision and the one we anticipated from the court to reject the litigation of the Eastern Band of Cherokee Indians,” Catawba Chief Bill Harris said. “We hope this exhaustive review of the facts and emphatic 55-page decision means the Eastern Band will not seek a frivolous appeal and that our two tribes can now work together for the betterment of our people.”

Harris continued: “This decision reaffirms the clear historical record of the Catawba’s ancestral lands and cultural ties in North Carolina and the rigorous process of review undertaken by the U.S. Department of the Interior in taking the land into trust. The Interior Department righted a historical wrong, allowing the Catawba to achieve the promise of self-determination through economic development.”

“With our agreed-to compact with the State of North Carolina recently approved by the Interior Department’s Bureau of Indian Affairs, as we recently announced, we are continuing work on the pre-launch facility for the Catawba Two Kings Casino Resort. The facility is already creating construction jobs, and we look forward to its opening this summer to bring more jobs to Kings Mountain residents and further strengthen the local economy,” Harris concluded.

The Catawba Nation’s Tribal-State Compact with the State of North Carolina will allow the state to share in revenues generated by the new Catawba Two Kings Casino Resort. The Interior Department’s approval of the compact means the Catawba can now conduct Class III gaming, including operating slot machines and table games, at the casino being developed at a site in the City of Kings Mountain in Cleveland County, about 45 minutes from Uptown Charlotte.

In addition to creating revenue for the State of North Carolina, the casino will help support an education fund that will benefit environmental conservation, provide educational support for members of federal and state-recognized tribes, support local communities on economic development initiatives and foster employment opportunities on or near Catawba lands.