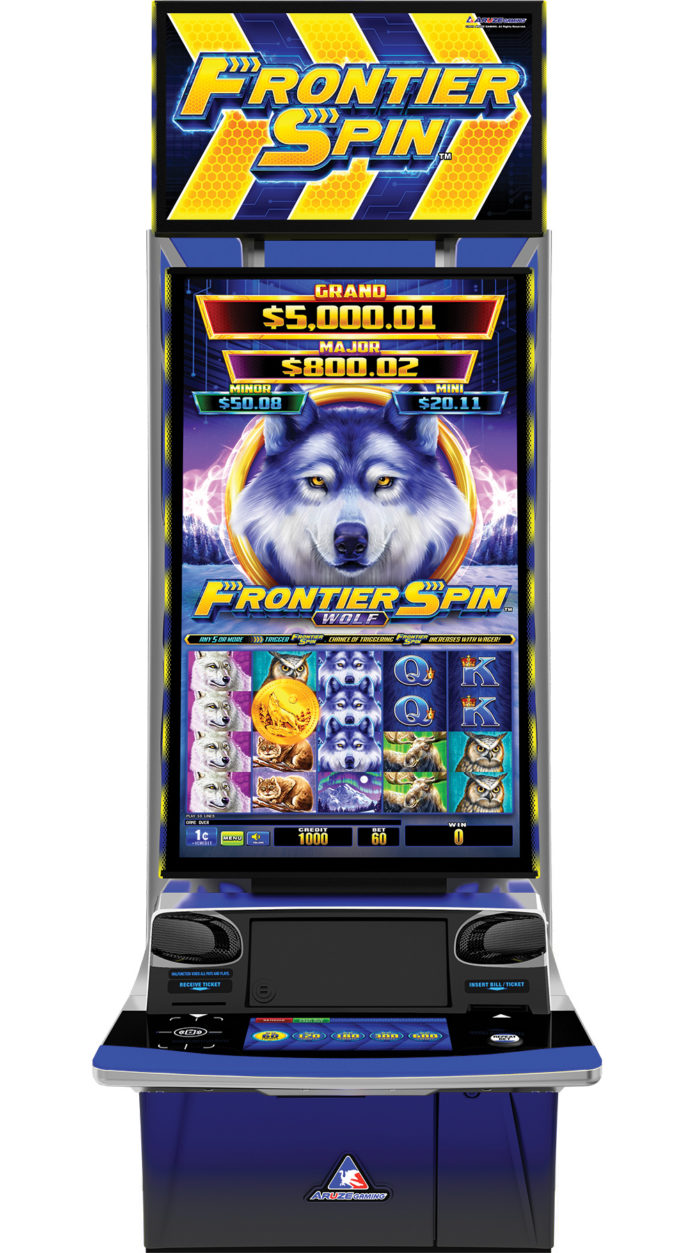 Frontier Spin Wolf has up to 200 free games. When free games are triggered, each symbol that triggered the feature will have a number appear, awarding 1, 2, 3, 5, 7 or 10 free games. These are combined for what can be massive amounts for free games.