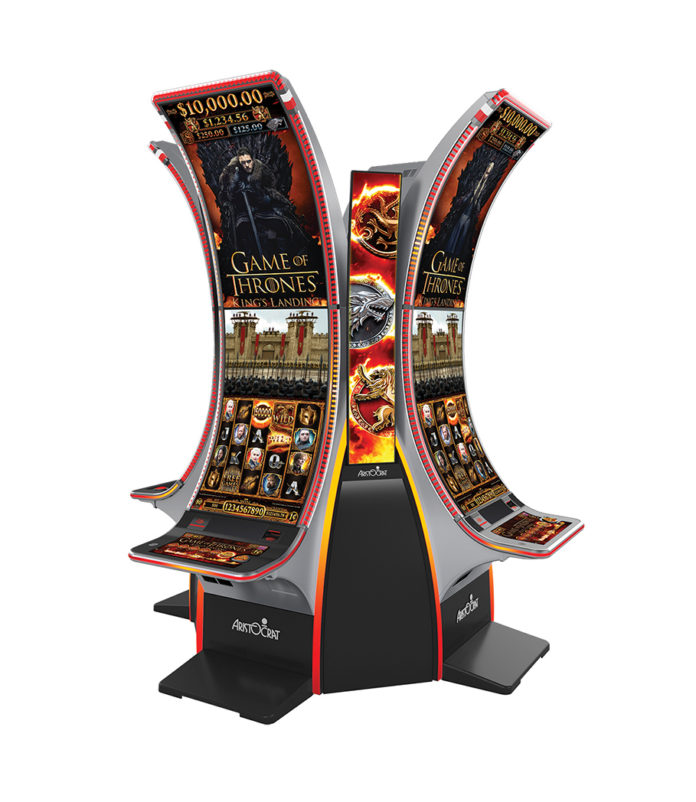 In a world where dragons rule the reels, the epic slot story of Game of Thrones™ towers to larger-than-life heights in the heroic, new Game of Thrones King’s Landing™ from Aristocrat Gaming.

Aristocrat’s Game of Thrones franchise is among the industry’s most legendary, and this latest installment stands taller, ready to crown players with new thrills in an all-new game with an easy-to-understand jackpot structure and intuitive game play.

Game of Thrones King’s Landing is available exclusively on Aristocrat’s industry-leading Neptune Double™ cabinet, and players will cheer as dragons soar up and down the stacked, curved 49-inch monitors in 4K visual splendor. State-of-the-art sound and a custom-designed, adjustable sound throne combine to create a game experience unlike any other.

Bring the crowning achievement of Game of Thrones King’s Landing to your kingdom.