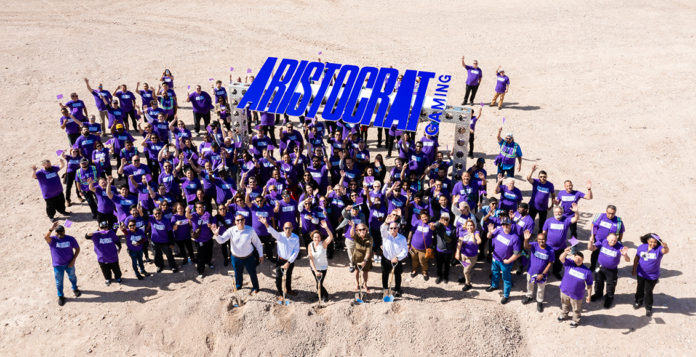 Aristocrat’s new Las Vegas Integration Center is located at 3571 Volunteer Blvd, Building 2, Henderson at the corner of Paradise and Volunteer. The greater than 250,000 sq. ft. facility will house large scale production and innovative office space that will be on the leading edge of manufacturing capabilities.

“We are thrilled to build our new manufacturing facility in Henderson as we continue to refine our efficiencies and provide the best product,” said Tommy O’Brien, Aristocrat President of Americas and EMEA, who led the ceremony. “We have complete confidence that our team members will use this new facility to its full capacity to create the best experience for our customers for years to come.”

In addition to the Las Vegas Integration Center, Aristocrat has a two-building campus in the Summerlin area of Las Vegas.