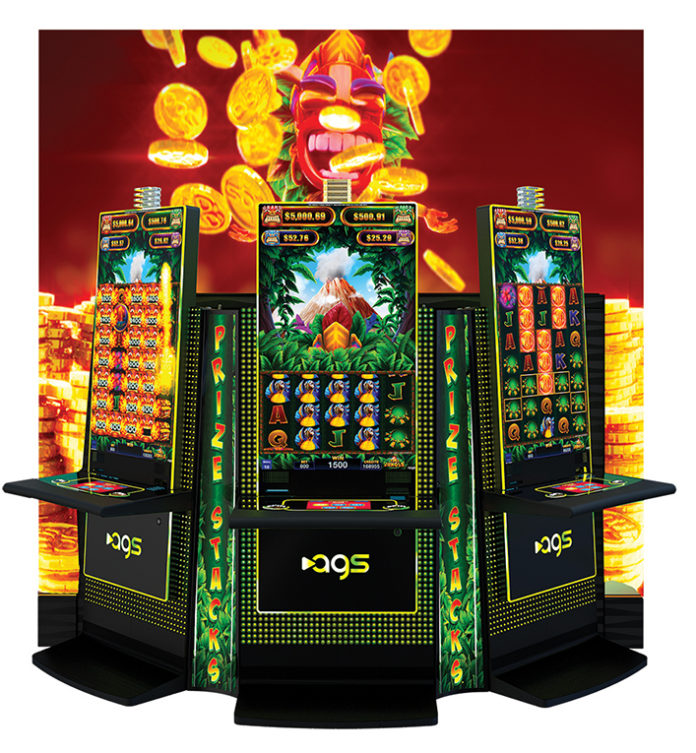 Developed for AGS’ Starwall x Orion™ video canvas, Tiki Jungle™ is featured on the Orion Portrait cabinet. It is one of two companion games in the Prize Stacks series, featuring reel growth, cascading win values on special symbols, and a free games bonus with a reel interface, which grows with each spin, up to seven rows.

The four linked progressives can be won with the cash-on-reels-style tiki symbols during base and free-game play. The Prize Stacks feature is triggered with any tiki symbols on reels 1-4 and a gold tiki symbol on reel 5. Tikis on reels 1-4 award credits or jackpots, and credit values cascade, increasing each symbol value within the reel stack. The free games bonus is triggered with three or more bonus symbols. Five free games are awarded, and the reels grow an additional row with each spin, up to seven rows high with more tiki symbols, and can be retriggered.

An adorable tiki man character makes frequent appearances during gameplay to award jackpots, bonuses, and celebrate wins on both the game and the Starwall video canvas.