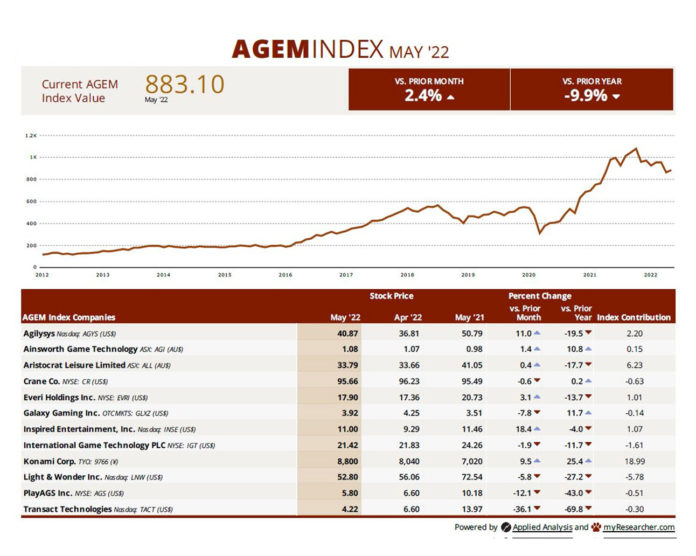 The largest positive contributor to the monthly index was Konami Corp. (TYO: 9766), which reported a 18.99-point gain to the index as a result of a 9.5 percent increase in overall stock price. Meanwhile, Aristocrat Leisure Limited (ASX: ALL) contributed a 6.23-point gain to the index with a 0.4 percent increase in the company’s stock price coupled with a strengthened exchange rate between the U.S. dollar and the Australian dollar.

In the latest reporting period, two of the three major U.S. stock indices observed positive but negligible growth. The Dow Jones Industrial Average increased by 0.04 percent from April, while the S&P 500 rose by 0.01 percent. Meanwhile, the NASDAQ saw a 2.1 percent decline over the month.