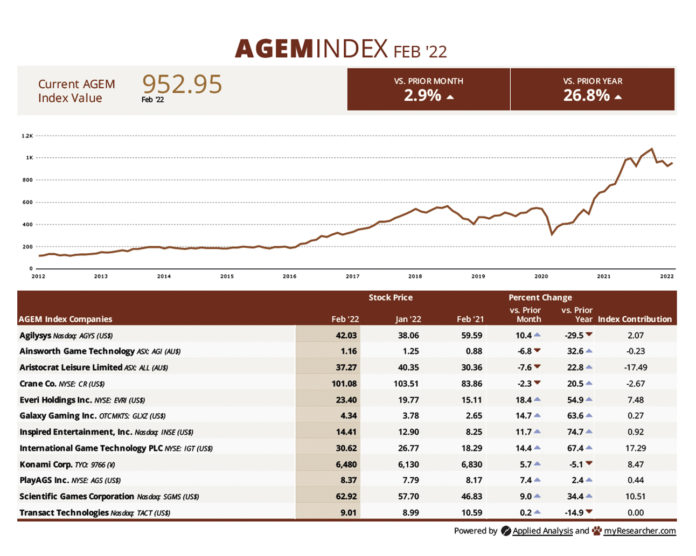 LAS VEGAS, NV – In February 2022, the AGEM Index improved by 27 points to 952, marking a 2.9 percent increase from January. Compared to one year ago, the index added 201 points for an annual growth rate of 26.8 percent. During the latest reporting period, nine of the AGEM Index companies reported stock price increases, with three posting a decline. As a result, eight companies posted positive contributions to the index, while one posted no change and the remaining three companies had negative contributions.

The top contributor to the monthly index was International Game Technology (NYSE: IGT), whose 14.4 percent increase in stock price led to a 17.29-point gain for the index. Scientific Games Corporation (whose non-lottery businesses were recently rebranded as Light & Wonder) reported a 10.51-point contribution to the index as a result of a 9.1 percent increase in overall stock price.