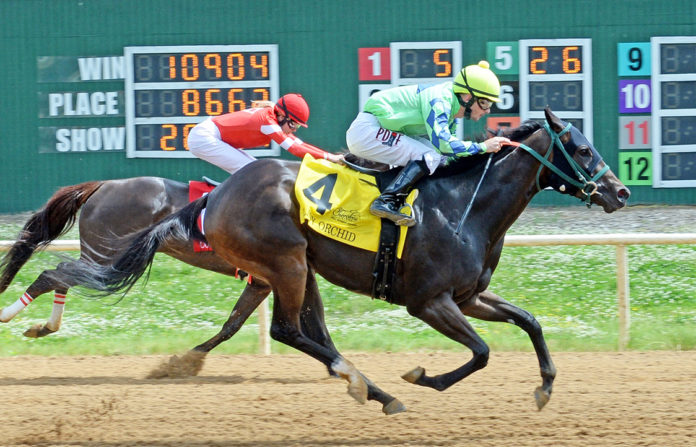 CLAREMORE, OK – The 2022 spring thoroughbred racing season has concluded at Cherokee Casino Will Rogers Downs with several firsts for the racetrack, including dual Horse of the Meet honors and a career first for the meet’s Leading Jockey.

A total of 252 thoroughbred races were held from March 21 through May 25, down from the proposed 270 due to weather-related cancellations. More than $23 million was handled on and off the track during the 2022 season, slightly up from $22 million in 2021. Will Rogers Downs saw an average total handle per day of more than $806,000.

Kylee Jordan, an apprentice rider in her first season at Will Rogers Down, was named the 2022 meet’s Leading Jockey. Jordan received 44 wins from 166 mounts and rode 13 more winners than the second leading rider, including a stakes win on co-Horse of the Meet Dicey in the Miranda Diane Stakes, a career first for the young jockey.

“For me, the highlight of this meet was Jordan’s accomplishment as the meet’s leading rider,” said John Lies, racing secretary and track announcer for Cherokee Casino Will Rogers Downs. “It inspired a positive narrative and demonstrated the hard work and dedication put in by young professionals such as herself who ride at numerous tracks.”

Trainer Scott Young, a longtime leader at Will Rogers Downs, earned yet another Leading Trainer honor with 20 wins from 81 starters, with at least seven more than the next leading trainers, including a stakes win with co-Horse of the Meet Shannon C. His stock finished in the money at a 72 percent clip overall.

Trainer Steve Williams finished up the meet as the leading owner, with his horses amassing 10 wins, 13 seconds and 23 thirds from 122 total starters.