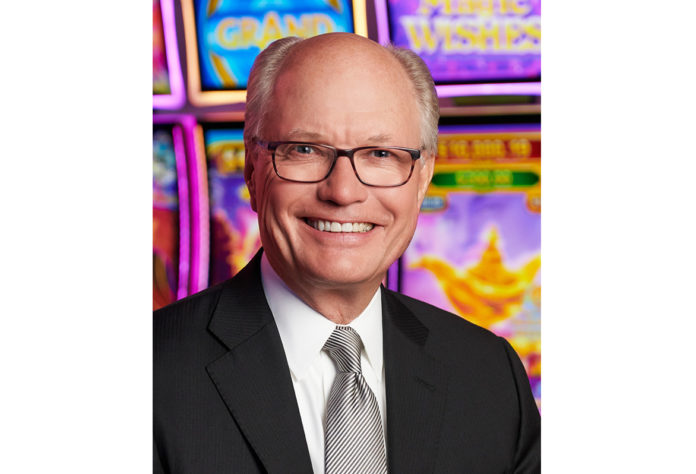 LONDON, U.K – International Game Technology (IGT) announced that Knute Knudson, Jr., Vice President of Global Business Development and Tribal Ambassador, will be inducted into the American Gaming Association’s (AGA) Gaming Hall of Fame as a member of the ‘Class of 2021.’ Knudson will be honored on Oct. 5 at the AGA Chairman’s Reception during the Global Gaming Expo in Las Vegas, NV.

Each year, two or more individuals who have distinguished themselves through significant contributions to the industry receive the honor, and Gaming Hall of Fame honorees are selected by an independent panel of gaming leaders.

“Knute’s dedicated support and committed advocacy of tribal gaming expansion and sustained health and well-being of Indian Country are unmatched in our industry,” said Renato Ascoli, IGT CEO, Global Gaming. “Knute is a true champion of tribal gaming – a constant source of knowledge, guidance, and support to hundreds of tribes throughout his lengthy career. IGT is incredibly proud that Knute’s impact as a strategic partner and dedicated friend to Indian Country is being recognized with an induction into the AGA’s Gaming Hall of Fame.”

“I am distinctly honored and thrilled to be accepted into this esteemed group of AGA Gaming Hall of Fame honorees,” said Knudson. “The advancement of Indian gaming, tribal self-sufficiency, and importantly, tribal sovereignty has been my life’s work, and my success is intricately tied to Indian people who have trusted me to advance their causes and expand gaming opportunities on their behalf. I am grateful for their confidence, partnerships and friendships and thank IGT for its continued support.”

Knudson has been an advocate and proponent of Indian gaming for three decades. As Deputy Chief of Staff at the Department of the Interior from 1989 to 1993, Knudson led efforts to implement the Indian Gaming Regulatory Act, working on compacts, trust applications, and National Indian Gaming Commission (NIGA) appointments.

After joining Sodak Gaming, Knudson played an integral role in securing economic self-sufficiency for Indian Country throughout the 1990’s, financing more than $1.5 billion in equipment and systems sales to tribes looking to start gaming businesses. He authored “Getting Started in Indian Gaming,” which became a blueprint for the first decade of tribal gaming startups.

Knudson testified in front of Congress, state legislatures, and regulators as an advocate of tribal gaming, constantly navigating the complexities of policy and practice to identify and address the needs of Indian people and culture. In the early 1990’s, he successfully presented the case to the Department of the Interior and NIGA that linked Wide Area Progressive games were permissible under the Indian Gaming Regulatory Act. This led to the launch of the Native American Progressive System (NAPS) in 1994.

Knudson has been honored by numerous tribal governments and associations, and in 2018, was honored with NIGA’s Lifetime Achievement Award.